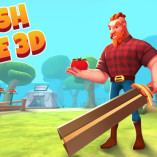 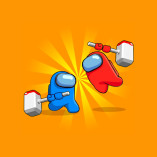 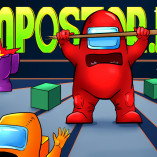 We're Impostors: Kill Together developed by Great Arcade Games. Will your team be able to reach the final level in this stealth action game?

We're Impostors: Kill Together Android application developed by Great Arcade Games is listed under the puzzle category. The current version was released on February 9, 2022.

Your goal in this multiplayer survival game inspired by the popular mobile game Among Us is to cause as much mayhem as possible. Attack your co-workers, sneak through vent pipes and sabotage various equipment. Will you be able to completely subdue this place? You will need to act fast. If they manage to fix everything, you will be defeated.

Join forces with two imposters in this installment of the popular Impostors series. One is wearing blue overalls and the other is wearing red overalls, but they didn't wear them because they were their favorite colors. Jumpsuits will signal who they can attack as they progress through each level. Use everything from portals to floating platforms as they try to destroy the names on the kill list. Your mission is to kill the enemy, save your teammates from that organization and return home safely.

On the way, you will have to deal with many traps such as laser traps, lava traps, ice traps. Please note, Red Impostor and Blue Impostor have different abilities to destroy different targets. Let's coordinate perfectly together.

You can also collect and use many items to complete the mission easily.

More About the We're IMPOSTORS Kill Together

We're Impostors: Kill Together is an exciting platform game. Team up with two assassins trying to eliminate a group of workers and guards in a top-secret lab. However, if one of your targets is dressed in blue or red, the assassin in the same color outfit must attack that target. So what are the features of this game?:

How to Play We're IMPOSTORS Kill Together Step by Step?

We are currently offering the latest version of the game. This latest and most optimized version is suitable for many different devices. You can also download it for free from google play store or other stores.