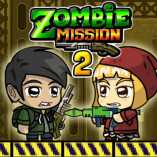 Probably most children remember their first gambling stories. All we were gathering around our little gambling group to play that game. Relax...

This is just a fun card game, nothing more. Generally, card games are boring for most people. But this game offers you total entertainment with its nature.

All the colors are beautiful and important in this game. You should be following the flow of cards. Which card do you have? Which strategy should be applied to achieve success? How can annoy your opponent near you? This game creates an amazing brainstorm towards the mentioned questions. In this game, you can play to win, to annoy your opponents, to have an enormous amount of fun. All of these things are possible.

How do you play the game?

The Walkthrough of ONO: Card Game

We open the game. The game wants you to determine your avatar. We choose batman.