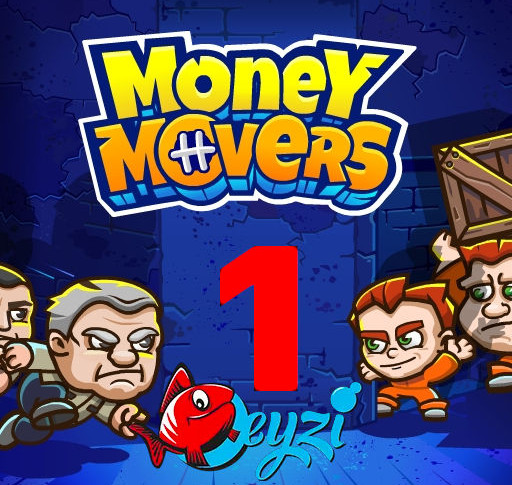 In this game, you are going to control two prisoners who escape from prison. They have only one goal, they need to collect their money back. The game consists of stages and players have to control both of these characters to open the way for each other. Once you collect three of the money bags, your both characters must meet at the elevator to complete that stage.

Without a doubt, it is a quite fun game to play and we can recommend it for those who want to play online games free now. You can play this and all other games available on our website for free. However, since this game can be played multiplayer on the same computer, you may like this one a lot. In case you are planning to play games with your friends. These two characters you are going to control in the game have different abilities. While one of them is strong and slow, the other one is weak, however, athletic. You may need to benefit from their abilities in certain obstacles.

Those who want to play online games free now should not worry about the controls of the game. They are quite simple. One of the characters can be controlled with the arrow keys while the other character can be controlled with the WASD keys. In addition to this, you can interact with the objects with the space bar. This button is active for both of the characters and helps you to throw crates and other similar actions.

Money Movers 1 Game Walkthrough
We use cookies to analyse our traffic and give our users the best user experience. We also provide information about the usage of our site to our advertising and analytics partners.