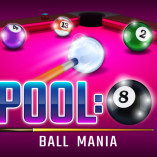 Do you like tanks y’all? In Clash of Tanks, you are able to show your skills in strategy and unique tactics. It is time to show yourself as New Napoleon!

Guys, do you know the songs of Sabaton? You should be in love with the dust of the war field and the unique sound of tank tracks.

Basics of Clash of Tanks

Clash of Tanks is a highly strategical game to play. You should know the basics to play.

A Walkthrough on Clash of Tanks

We will try to survive in a jungle of tanks, folks. Will you join us to see what’s goin’ on?

Which tank is the most powerful in Clash of Tanks?

While you are playing Clash of Tanks Online, you should know which tank is superior. It is Mammoth, folks. Mammoth is the most powerful and also the most expensive tank. Once you are able to produce it, you should produce that tank.

Can I play Clash of Tanks with my friends?

How can I play Clash of Tanks better?

In Free Clash of Tanks Online, you should be the defender one. Because each time you wait and do not produce tanks, you can save more capacity for better tanks.