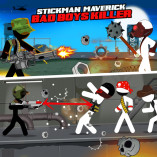 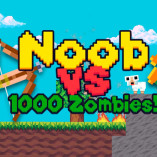 Noob is imprisoned in Noob Escape: One Level Again. Now Noob must escape from prison and defeat Cheater!

The developer of the game Noob Escape: One Level Again, released on May 30, 2022, is Noob vs Pro Team. For fans of the game series inspired by the famous Minecraft game comes this fun online game. Where you have to help the Minecraft hero to find the necessary keys to escape from this place. Have fun in this exciting game by jumping from one platform to another and crossing every corner endlessly while avoiding dying from sharp and dangerous deadly traps. You can play this fun game from any device: Smartphone, Tablet, and PC.

Enjoy the game Noob Escape: One Level Again, it's free, it's one of the Minecraft games we've selected.

We would also like to remind you that there are 100 levels in total. Epic boss fight and weird jailbreak levels are also available.

How to Play Noob Escape: One Level Again?

Noob wants to escape from the Minecraft-style prison and he needs your help for it. Control him in underground knowledge and upgrade your character from beginner to professional to achieve freedom.

With each run, you can continue the new record and collect more valuable equipment or kill zombies. Detonating TNT also gives you extra points and earns money that you can then use for upgrades or new fuel. Upgrade Noob in the Garage and make his car's engine more efficient, or buy him a crossbow for defense. On-screen button or spacebar. You can use the arrow keys to balance. Use Arrow keys and WASD to control the game. If you're playing from a phone, simply tap the buttons on the screen.

100 Levels Noob Escape: One Level Again is an arcade puzzle game where Noob has to escape from prison and defeat Cheater! There are 100 levels with each level having a different puzzle twist. There's also an epic boss fight. We have the best free games to play. We update the games every day with the latest trends and amazing news. Adapted to all technologies, the games are compatible with almost all browsers, smartphones, and mobile phones.

We have even the most classic games for boys, kids, and girls up to the most modern. You can play the game on Eyzinet. Have fun playing this game here.