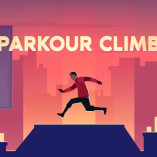 If you want to play a football game like flappy bird, you should totally play Flappy FootChinko. Consider yourself a football-playing kangaroo and have fun.

The New World is an interesting destination, right? The football atmosphere is quite interesting there, too. Imagine that their football game is based on bouncing the ball like a kangaroo. This is not a joke, my friends. Let’s explain why.

Flappy FootChinko is a football game that you play by bouncing the ball. You shoot the ball in that way, true story. It is both a weird and fun game. You can play this game to blow off some steam. Consider, you get bored in the school or office. Open that game and imagine yourself as a kangaroo with football playing ability. By the way, your team is the New Zealand national football team here. Say hello to Gandalf and Baggins from us. Have fun!

Flappy FootChinko is a weird Flappy Bird clone. But it is still interesting and fun. Let’s see how do we, or you, in this case, play this game.

We will be jumping through the victory. A Walkthrough:

We said this is an interesting game, but it is more than that, of course. To see better how do you play Flappy FootChinko examine this walkthrough.